On a recent trip to Spain and Portugal I met some fine gardeners, saw wonderful gardens, and drank a little wine.

In Barcelona, I came upon the Spanish version of New York’s High Line – The Elevated Gardens of Sants. Designed by architects Sergi Godia and Ana Molino. “The elevated gardens of Sants are part of an urban project that seeks to eliminate the urban barrier of the passage of the train tracks through the city of Barcelona. Instead of burying the infrastructure, the architects opted for its covering with a building-container, in whose cover the gardens are developed. This long and elevated space allows a 800-meter-long walk with fantastic views of the city.” 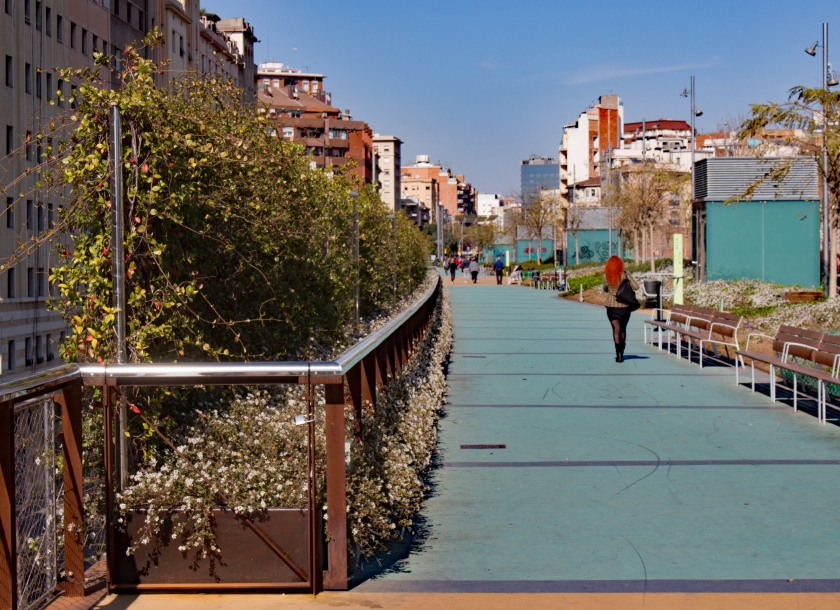 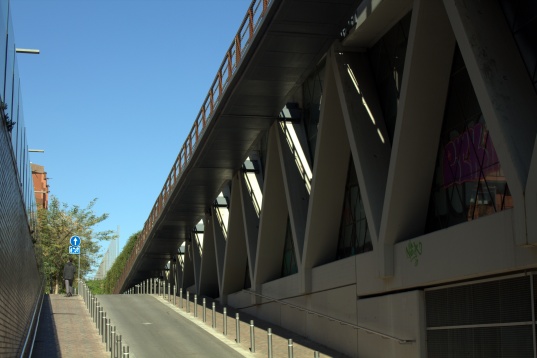 “The structure that holds up the building/container is comprised of prefab concrete parts in a sequence on a diagonal which adopts the shape of a great Warren beam evoking the old railway bridges, leaving large empty triangles that lend themselves to glazing them over to allow a view of the train passing through the city, reducing its acoustic impact to a minimum. Not fully glazing the building allowed three great green inclines to be built which rise from the lowest levels right up to roof level. These embankments “anchor” the building into its setting allow the roof vegetation to spill down to the lateral streets and support pedestrian ramps that provide a “natural” access to the roof.”