Chandigargh, a utopian dream city designed by Le Courbusier, is a spectacular failure except for one thing, Nek Chand’s Rock Garden.

In 1958, Nek Chand began collecting rocks and discarded and recyclable items from the demolition of the villages that once stood where the new city was being built. Chand built a world depicting village life, and a fantasy kingdom of palaces and pavilions. He did most of this at night after his work day was done.

Later, the Chandigargh Landscape Advisory Committee, who had planned to demolish the work, (ah committees), relented and allowed Nek Chand to open the Rock Garden to the public.

The Rock Garden was inaugurated in 1976 and is one of the most visited places in India.

A traveling companion and I traveled  to Chandigargh  specifically to see this masterpiece. We went twice in 24 hours, the first time in the afternoon. After a few hours at the site, we couldn’t speak. We went back to our hotel and to our respective rooms. Without dinner or conversation we retired. There were no words.

We went back the next morning. There are no words except words of gratitude. Thank you Mr.Chand, and thank you Marcia and Pradeep. 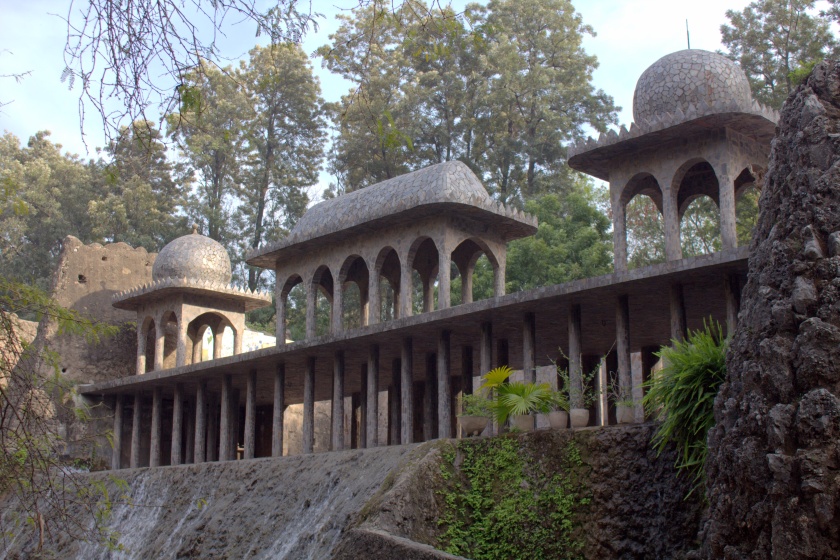 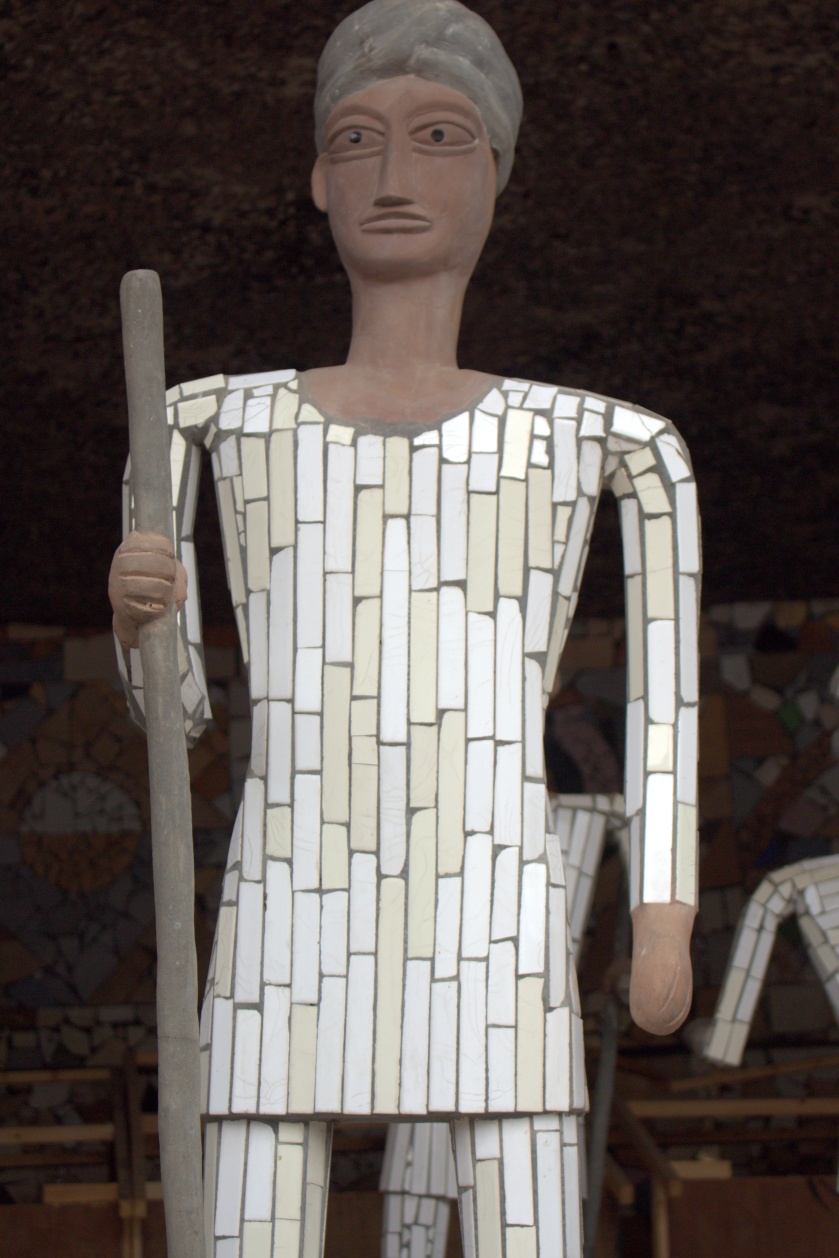 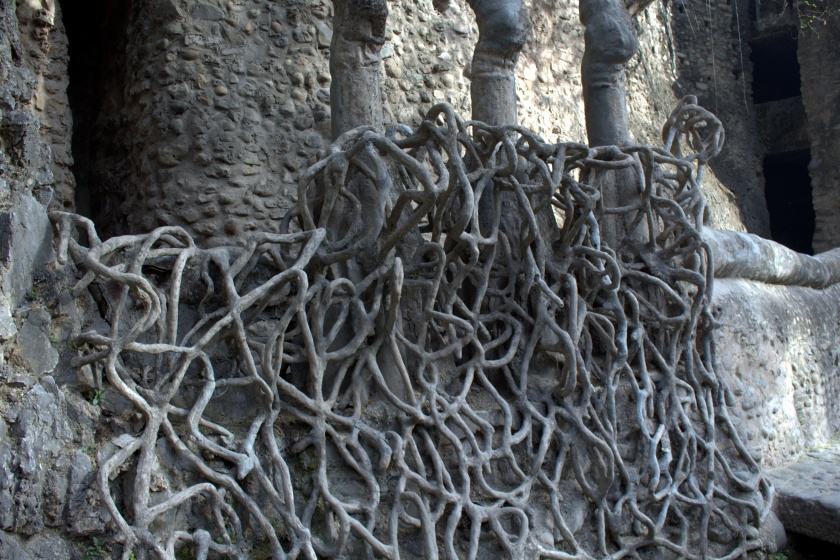 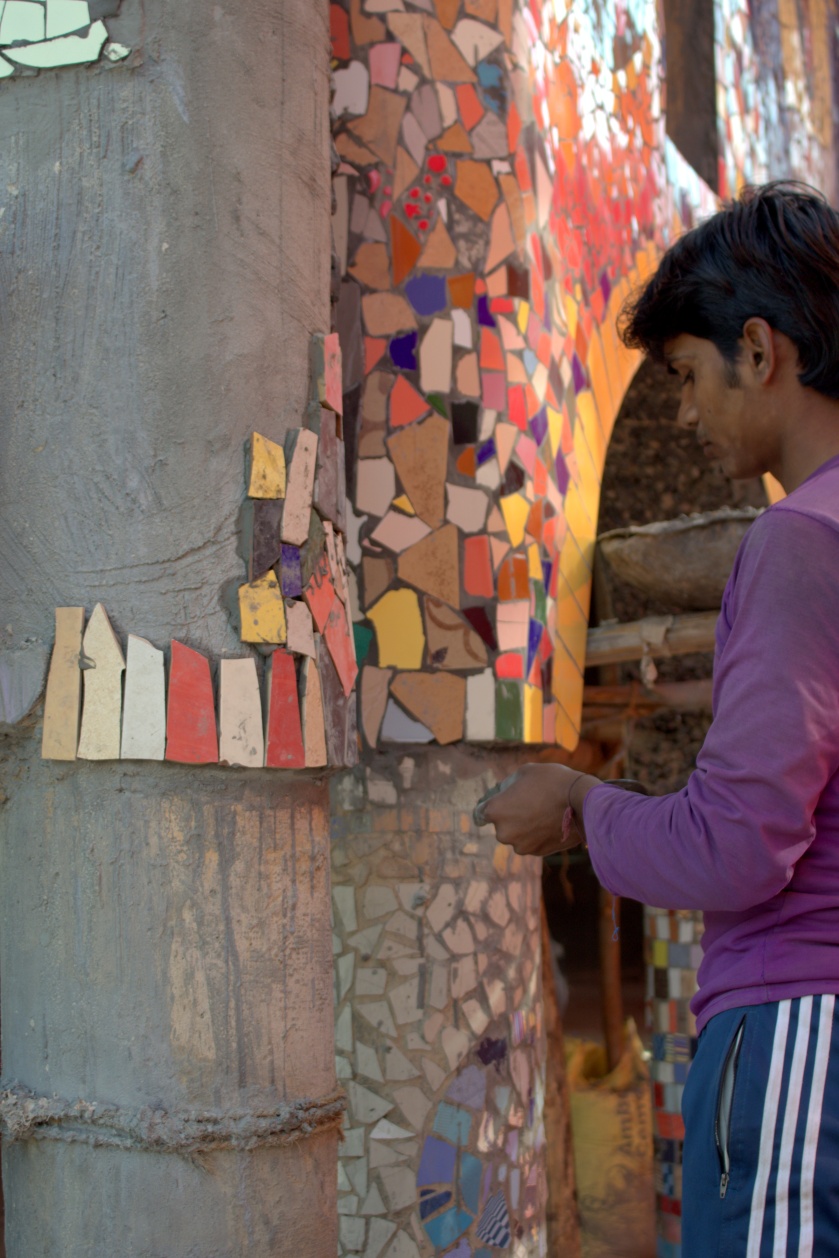 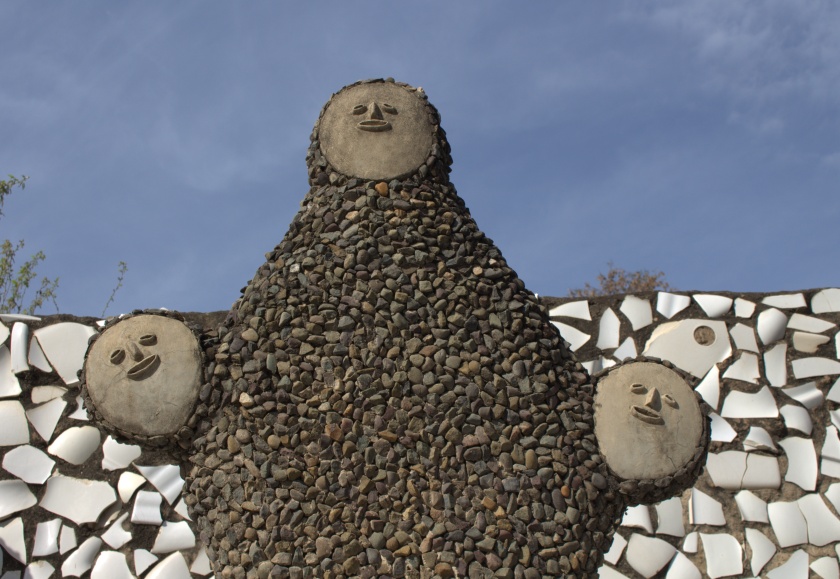 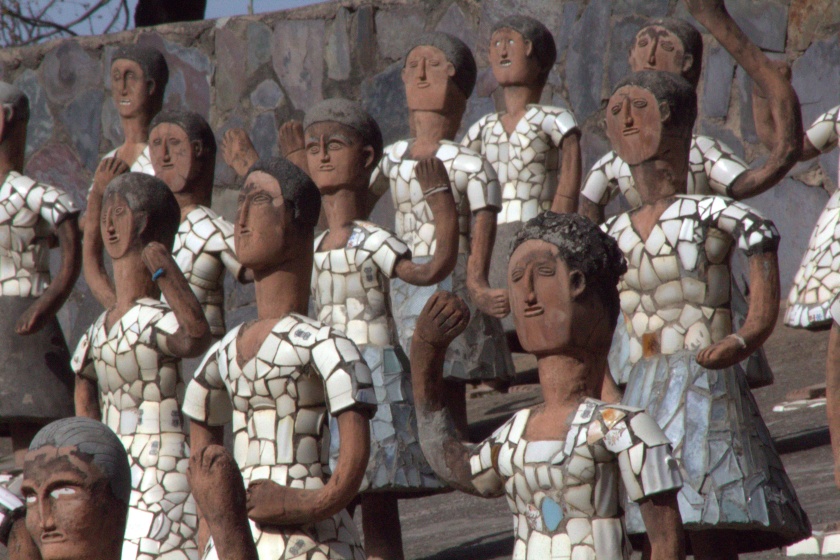 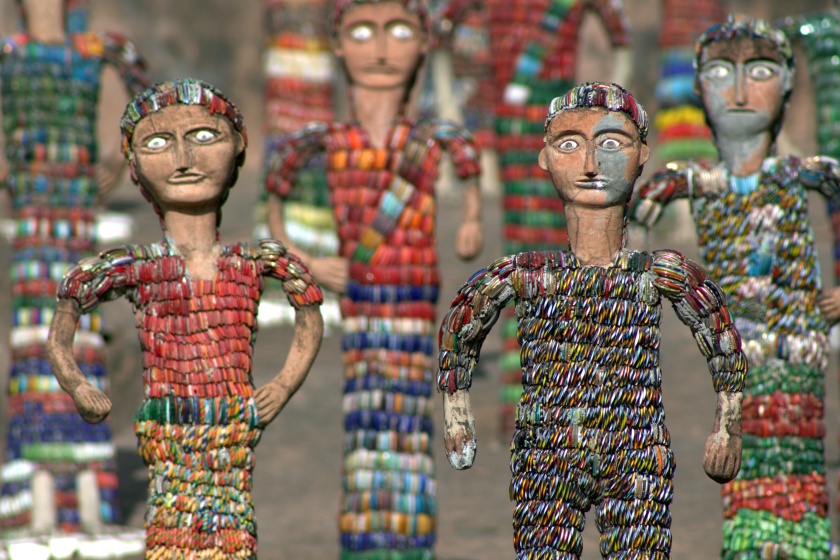